Glutathione (GSH) is produced in all of your cells and primarily in your major organs. It has many functions including your master antioxidant, enhancement of your immune system, and your primary detoxification pathway.
It’s your 1st line of defense against environment toxins and pollution.
The epithelial lining fluid (ELF) in the lungs has 140-fold more glutathione than in the plasma and smokers have 80% more.

There is epidemiological evidence indicating that most human cancers are caused by environmental exposure to genotoxic agents. It is estimated that as many as two thirds of all human cancers originate from exposure to tobacco smoke and dietary components [1]. Tobacco use is a well-known risk factor for multiple cancers including lung, esophagus, and bladder cancers. It was estimated that there would be well over 150,000 deaths due to lung cancer in United States in 1995 [2]. It is therefore important to prevent lung cancer by reducing exposure to tobacco and possibly intervening in the carcinogenic process at an early stage. Despite the risks, most smokers do not develop lung cancer. Indeed, the lifetime risk of lung cancer in subjects smoking 20 cigarettes per day is still under 15 % [3], suggesting that there may be important endogenous as well as exogenous factors that are likely to affect an individual lung cancer risk.
Since GSTMI catalyses the conjugation of a wide range of genotoxic and cytotoxic metabolites of tobacco smoke, and since the deficiency in GSTMI increases the susceptibility to DNA-adduct formation [15] as well as cytogenetic damage [16], individuals with GSTMI deletion could potentially be at greater risk of developing smoking-related lung cancers.
Summary in Layman’s Terms
Two thirds of cancers originate from tobacco smoke and dietary components but under 15% of smokers contract cancer. Most of those individuals lack the gene for glutathione enabling detoxification.
Conclusions: Changes of AO status parameters and oxidative damage in cell structures are related to tumor processes indicating the augmentation of oxidative stress in human blood. This study demonstrated potential applicability of a statistical model based on the evaluated biomarkers of oxidative stress to determine a smoking induced harm of cancer incidence in healthy subjects.
Summary in Layman’s Terms
Smoking depletes glutathione levels which leads to oxidative stress which is a cause of cancer.
GSH deficiency increases with age and causes more inflammation for smokers.

Conclusion
When you are younger, your lungs have additional glutathione levels to protect you from oxidative stress even if you’re a smoker. As you age, especially after the age of 40, your ability to produce glutathione declines and the toxicity of smoking and other environmental toxins increase oxidative stress which leads to various diseases and conditions including cancer. 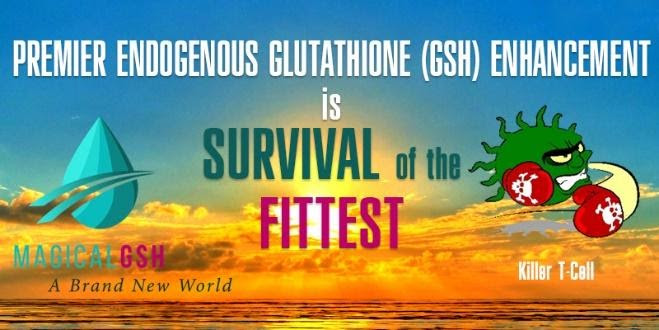